The Three A* Poets

As some of you will know, I am a mature student studying a Creative and Professional Writing undergraduate degree course at the University of Nottingham . Sometimes we have guest speakers, and today’s were very special.

I am already lucky enough to be taught by two exceptional poets, Adrian Buckner and Andrew Graves, AKA The MulletProof Poet, but to have both them, and Alan Baker in the same lecture was brilliant. The camaraderie between the three of them was excellent. 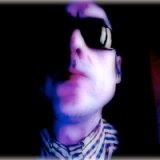 Andrew is teaching us about the writing industries, and this session was mainly to talk about publishing poetry. When he first told us about it my first thoughts were a resounding Nooo. Poetry and I don’t gel, I don’t write it, so why would I want to know how to publish it. The session turned out to be much more than that.


Andrew is a performance poet and has been cited as 'The hardest working poet in the East Midlands'.

Adrian has been teaching me advanced editing this term. He started off this lecture by talking about his experiences of being published. He told us of his misconceptions of the presses that published poetry, how he thought that they were massive publishing houses, when most just turned out to be one man businesses. He also told us how it felt to see his first published work.


Adrian is the former Poet Laureate for Nottingham. He is a lecturer at both Nottingham, and Derby Universities. 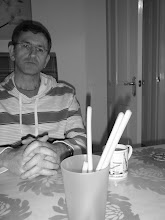 Alan has been a publisher for the past fifteen years. His company, Leafe Press, mainly publishes poetry. He openly admitted that he set up Leafe Press in 2000 to print his own, and his friends poetry. He spoke to us about what has happened in publishing since 1997, and the importance of the small presses to poets. Alan loves being a publisher, it has become his passion. Putting the pieces together is a collaborative effort, and a very creative activity.


History of publishing
For most of the 20th Century publishers acted as a price fixing cartel, they would not sell discounted books (The Net book agreement). This meant that they would receive the full price for each book sold, and with the profits they made from bestselling authors they could take a risk with debut authors, allowing them to publish a number of books so that they could build up their reputation. The Net book agreement was abolished in 1997, opening the way for supermarkets, bookstores etc to sell novels at hugely discounted prices.


Today, big publishers depend on bestselling authors to make their money. If a debut author’s book doesn’t sell well, it is doubtful that they will print any of their further works.


Since 2003, small publishers have adopted print on demand, with digital technology they can publish one book at a time. As it is very rare for a book of poetry to become a bestseller, the small presses are ideal places to publish their work.


1. Small presses are just that. They are usually run by a single person.


2. If an author is published by a small press, the most payment they can, usually, expect receive is free copies of their publication. The number of copies will vary from each publisher. There are exceptions, and some are able to give an author an advance. The best thing to do is to look around.


3. Most small press authors make their money by selling books at book fairs, an at author talks.


3. Small presses can get deluged with submissions. Alan’s advice was to put work into the literary scene. Build networks, get known locally, and you will get something back. Small press owners are more likely to look at your work if they know/have heard of you.


4. Print on demand books will never go out of print, and the author can upload revisions. Printed books can’t be changed.


5. The good news is that there are a proliferation of small presses.


I was cheeky enough to ask Alan if he publishes crime fiction, but unfortunately he doesn’t.


Please feel free to post a comment, or follow my blog by leaving your email address in the box provided - That way you'll be notified of all new posts

Link to The Mulletproof Poet’s book-

Email ThisBlogThis!Share to TwitterShare to FacebookShare to Pinterest
Labels: Poetry

Cheryll Rawling
Nottingham, Notts, United Kingdom
I blog about fiction, the writing process, book reviews, and hopefully a few interviews with my fav authors. I will talk about my work in progress, I may include some excerpts. I will also add the occasional short story, and even the occasional poem. Feel free to have a nosy around the site. I would be grateful if you would leave a comment or two.